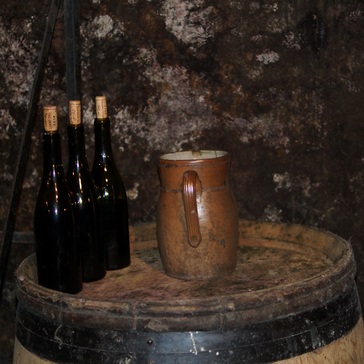 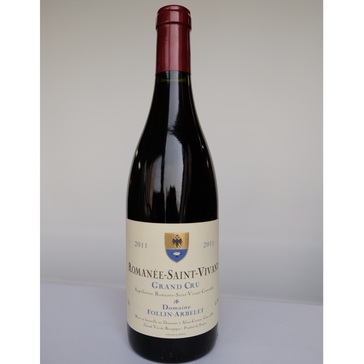 The Cote d’Or (the golden slope) stretches from Dijon in the north to Chagny and its environs in the south. It is divided into Cote de Nuits in the north and Cote de Beaune in the south with the quaint town of Beaune near its mid-point. Cote de Nuits is where the great pinot noir (red) vineyards reside whereas Cote de Beaune has a smattering of pinot noir but is famed for having the ultimate expression of chardonnay (white). The best way to capture the splendor of the Cote is to take a breezy drive along route D974 (formerly D74). The drive is scenic without being spectacular; the feel is ethereal and not instagrammable (thank goodness!). Very much like the wine of Burgundy, either you get it or you don’t.

The most noticeable landmark immediately south of Beaune would be the Hill of Corton. It does not really rise above the landscape but sort of squat on the surrounding slopes like an abandoned UFO. It does not sound romantic but its history and wine is steeped in folklore. The popular interpretation is that Corton is named after Orthon, a first century Roman emperor and is an abbreviation of Curtis d’Orthon (domaines of Orthon).

The romance began with Charlemagne, Charles the Great, who became the first emperor to unite and rule the western civilized world since the fall of the Roman Empire. He reigned until his death in A.D. 814 for almost 46 years and is called the “Father of Europe”. Legend has it that Charlemagne noted that snow always melted first on the slopes of Corton and ordered vines to be planted there. As his beard greyed with age, his wife, Luitgarde, suggested (probably the first recorded brand consultant in history) that he should drink white wine (so that his regal bearing would not be marred by a wine-stained beard). He commanded for white grapes to be planted on the Corton slopes and Corton-Charlemagne became its signature wine.

Since neither space nor attention span allows us to the dive into the convoluted history of this appellation, let’s head to the next significant milestone in 1937. After years of contentious litigation, the authorities declared 160 hectares in the 3 villages, Aloxe-Corton, Ladoix and Pernand-Vergelesses, surrounding the hill of Corton as grand cru which entitles the owner to either make Corton (red) or Corton-Charlemagne (white). It also delineated 36 climats (specific vine sites) within the appellation. They ruled that red wines made from one of these 36 climats must append the name of their climats to the name “Corton” on their labels. Those red wines that are blended from grapes from different climats would only bear the name “Corton”. These rules would not apply to Corton-Charlemagne (white wine).

These rules were formulated by bureaucrats who recognized that there would be substantial variation in the quality of the plots within 160 hectares. Instead of adhering to the concept of terroir for its classification, they took the path of least resistance and included every Tom, Dick and Harry. By designating 36 climats, they tacitly recognized that some are not of grand cru quality but left it to the public to figure it out. The rules that were made to ameliorate this disaster only made it worst. How Kafkaesque!

Where does it leave us today? We now have about 50 hectares producing grand cru Corton-Charlemagne and other 100 odd hectares producing grand cru Corton rouge. The usual adage for Burgundy is that just because you label it a grand cru doesn’t make it so. This caveat applies squarely to wines from Corton where many labels are not regarded as worthy of grand crus status. This has done irreparable harm to its reputation (and hence, price). Having said that, it means there are gems for the discerning. Red wine from the climats, Clos du Roi is considered to be the best, followed by Les Bressandes, Les Renardes (and it is not by coincidence that Domaine de la Romanee Conti have leased 2.3 hectares of these 3 climats from which they are producing about 6-8,000 bottles of Corton since 2009), Le Corton and Les Pougets. For Corton-Charlemagne, look for wines from the Pernand side which is not a particularly helpful guide because this information would not appear on the label. The breaking news is that DRC have just leased 7 acres of Corton-Charlemagne from Bonneau du Martray (who happens to have the best sites on the Pernand side) and there shall be a DRC Corton-Charlemagne in 2019. Therefore, the simple tip for both white and red is to buy from a good domaine which would necessarily have the right terroir and the ability to exploit it (actually a good rule for buying Burgundy in general). When one considers that the peerless DRC had only produced wines from Vosne-Romanee before recently adding Corton (both white and red) to its portfolio, the terroir from the right climats must be superlative.

A good address to look for in Corton is Domaine Follin-Arbelet. The founder, owner and winemaker of this domaine is Franck Follin-Arbelet. He was trained as a geologist and did not take up winemaking until he was invited by his father-in-law, Andre Masson, formerly the regisseur at the Hospices de Beaune, to join his family domaine in Aloxe-Corton in 1990. After Andre retired in 1993, Franck took over the vines and formed Domaine Follin-Arbelet. From this domaine of 6 hectares, he has a micro-production of no more than 30,000 bottles a year. The lack of quantity is more than made-up for by its quality. There is a bit of village from Aloxe-Corton and 4 premier crus from Les Vercots and Clos du Chapitre in Aloxe-Corton and En Caradeux and Les Fichots in Pernand-Vergelesses. It also has choice grand cru plots in Corton, Les Bressandes and Corton Charlemagne and a peerless sliver of land in the grand cru Romanee Saint Vivant in Vosne-Romanee. From these 4 grand cru plots, he produced an average of 2,400 bottles per annum for each label.

For Franck, the emphasis is terroir and when you taste with him, the word is almost like a mantra. We recently tasted the 2016 vintage of Corton, Corton-Les Bressandes and Corton-Charlemagne with Franck. 2016 was a difficult year where he lost over 70% of his crop due to early season frost and the resulting mildew. The season was ultimately rescued by perfect conditions leading up to the harvest. For Franck, he attributed the excellence of the wine in this vintage to the terroir captured by the remaining crop. True to his word, the wines we tasted were terroir driven. Corton and Les Bressandes was a study in contrast, although both wines had an exuberant expression of dark fruits and spices, Corton is lighter-bodied whereas Les Bressandes has more weight and structure. The Corton-Charlemagne gave a classical rendering with its opulent body, ripe fruit aromas and deft touch of minerality. Your palate is definitely in for a treat with the wines of Follin-Arbelet.