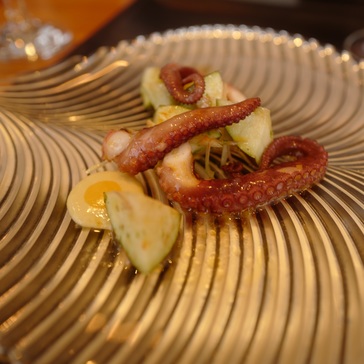 Painstaking selection of seasonal produce from trusted local suppliers; meticulous preparation of ingredients; well-honed and tested cooking skills; personal and innovative touches to classical recipes; elegant plating; welcoming but unintrusive service; well-timed presentation of courses; knowledgeable wine pairing. Lofty expectations for any restaurant but standards for a Michelin-Star restaurant serving French cuisine. This brings us to the newly minted single-starred restaurant which is housed on the 2nd Floor of a modest rectangular Lego-like building just around the corner from Hamano-Machi, the main shopping streets of Nagasaki. When you ascended from the stairs from the lobby to the 2nd Floor, you would be greeted by Shinichi Otsubo, the owner/chef. The restaurant is a size of a living room. Running down the length of one side are tables for 12 guests and it faces an open kitchen separated by a bench with seating for another 4 to 5 persons. The décor is simple but accented with Chef Otsubo’s personality, posters promoting wine festivals in Japan and abroad, his cameras and photographs, etc..

What is unexpected is that Chef Otsubo was literally a one-man show. He was the maître d, sommelier, chef, waiter, busboy and dishwasher. On that Monday afternoon, he had 7 guests (5 from our table) for which he was serving a 6 course meal. He put on a virtuoso display of his command of all aspects of a culinary experience. He was jovial and presented his creations with panache. From his wine repertoire, he picked a village white Burgundy chardonnay which matched well with the menu. His service was seamless and each course was tabled without unwelcome gaps. In between, he was cutting, slicing, baking, frying, tasting, plating, dripping coffee and washing all the dishes and utensils. I would like to say that he did it without breaking a sweat but at the end of the day, droplets were forming on his brows. What is amazing is that this whirlwind of activities did not distract him from his cooking in any way. The 6 courses were excellent.

It started with his signature dish, pate a la mer, a pate made with local squid and other seafood. It was followed by a succulent filet of Spanish mackerel, a seasonal catch from the area, lying on top of a lightly fried aubergine and garnished with red onions. The next course was a slow-cooked octopus with a sauce shaped to look like a mini fried egg. As a bridge before the main course, there was a delicate portion of steaming hot pumpkin potage (soup), with just the right weight. Finally, there was a cut of pork loin which has been baked and then lightly seared to perfection. This was accompanied by another strain of local aubergine made in a parmesan style which was made for dipping with his homemade bread. Dessert was homemade ice-cream and a chia seed pudding. The meal was brought to end by a cup of hand-dripped coffee.

After Otsubo-san had a chance to wipe his brows, we had a colorful conversation. Colorful because he spoke French and Japanese and we only spoke English. So the medium was broken English supplemented by hand signs. We learnt that he apprenticed in Arbois (jura country), France. He returned to his native Nagasaki and has been running this restaurant for 18 years. His wife was his partner but on this day, she was confined to home to care for their 3 children (all below 15) which meant he had the better end of the bargain. He was a humble person and recognized that recognition and reward can be arbitrary. However, do you explain that after toiling in relative anonymity for almost 2 decades, the Michelin guide decided to cover Nagasaki for the first time and pick him as one of the first to be awarded a star (there are 2 two Michelin-stars restaurants in the city and 6 with one star). In my view, long overdue and well-deserved!

I didn’t mention that the cost of this wonderful meal was ¥3,500 (less than HK$260) not including wine. The value proposition is well off the charts. It is worth the trip to Nagasaki just for this meal. Oh! The name of the restaurant is Impeccable, totally fitting. 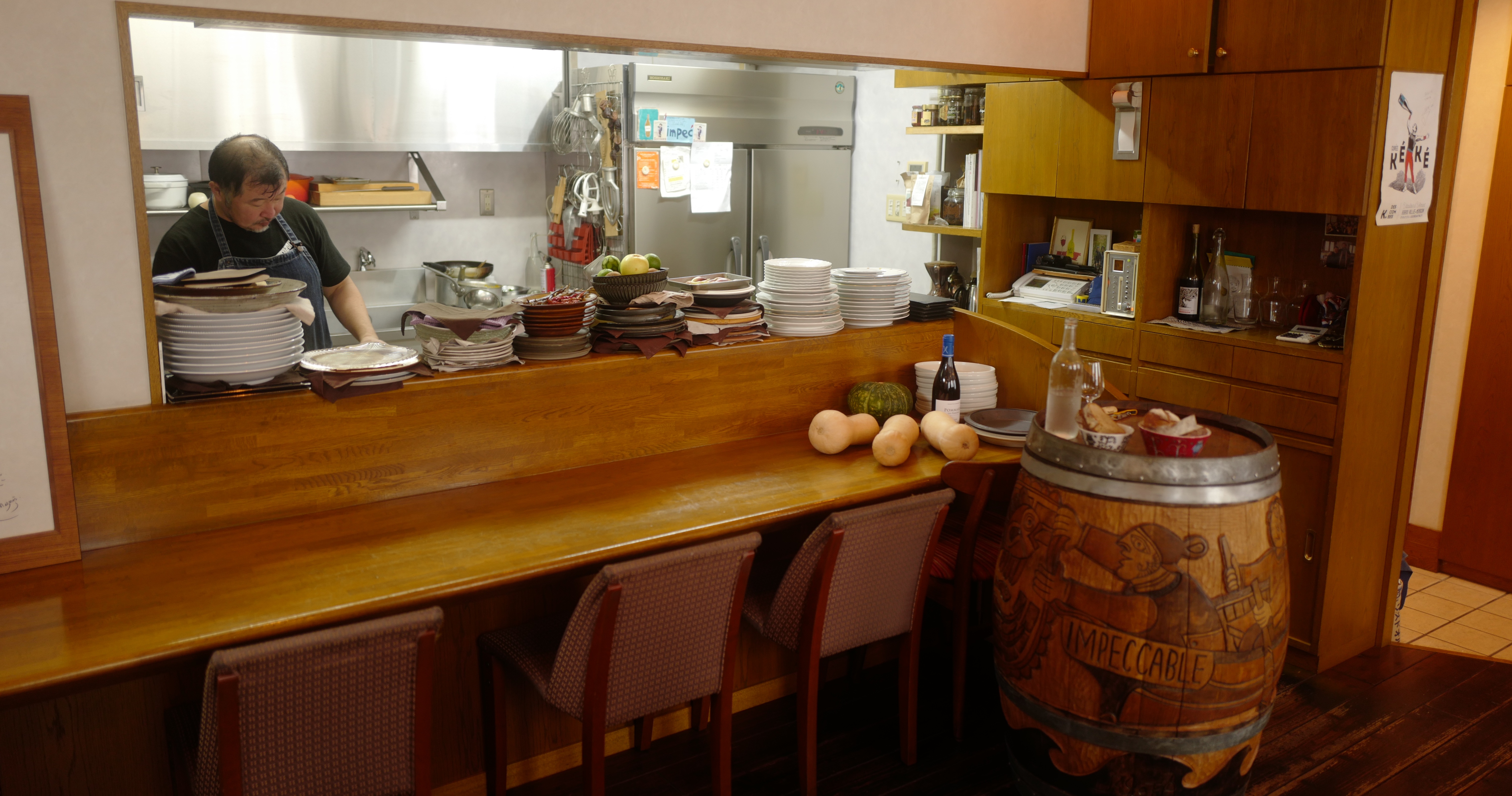