Domaine Ramonet – How to Train Your Vines! 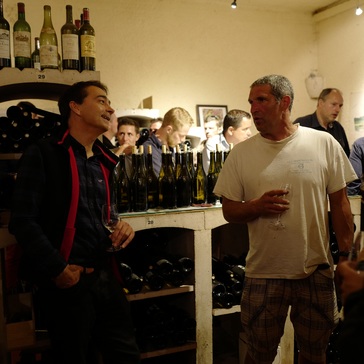 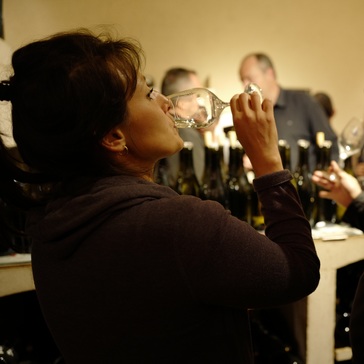 Legends are born from stories. The tales of Pierre Ramonet, the founder of Domaine Ramonet, more than justified his legendary status even in his own lifetime. Pierre’s father came to Chassagne-Montrachet where he married a girl from the village and settled there to live the life of a simple farmer. He acquired some plots from which he made and sold ordinary wine. In 1906, Pierre was born and by the time he was 8, he was toiling side-by-side with his father in the vineyards. With hard work, patience and an eye for terroir, he bought his first parcel in the premier cru Grandes Ruchottes (now bottled as simply as Ruchottes) in 1938. Without the benefit of inherited land, which is the usual cornerstone of a storied domaine, he had 17 hectares under vine by the early 80s. These 17 hectares are interspersed amongst the most sought after plots in Chassagne- and Puligny-Montrachet. From these 17 hectares (now 19), 100,000 bottles of wines are produced every year.

Even before the arrival of the 80s, the wines of Ramonet have already achieved cult status. The tale of the discovery of the domaine is part of folklore as is the equally legendary figure who discovered it. Frank Schoonmaker was an American travel and wine writer, wine merchant and gentleman spy. A Hemingwayese figure who roamed Europe in the 20s and 30s. During World War II, he was engaged in espionage for OSS (the precursor of CIA) from spy-infested Madrid and regularly visited France to organize resistance to the Nazis. A convenient cover is to tour the wine regions of France in the company of Raymond Baudoin, the editor of the authoritative La Revue du Vin de France. In 1938, this brought him to Pierre’s modest farm house in Chassagne where he tasted and was smitten with the Ramonet wines. He imported 200 cases to the States and from that day, Ramonet quickly ascended to superstardom. Frank was an influencer before the term was coined.

Although Pierre’s purchase of Montrachet is an oft-repeated story, it doesn’t lose any flavor in its retelling. By the 70s, Pierre already owned the top premier cru plots in Chassagne and grand cru plots in Bienvenue Batard Montrachet and Batard Montrachet. However, the jewel that he has quested for, a sliver of Montrachet, was still beyond his grasp. His persistence paid off and when it came time for the Milan and Mathey-Blanchet family to sell their 0.26 hectare of Montrachet, he was Pierre on the spot so to speak. The tale is that he went to the lawyer’s office in the spring of 1978 in his customary garb of a worn pullover, baggy trousers and casquette (cap) for the completion of the sale. When it came time to pay, Pierre rummaged through all his pockets and produced a mountain of crumpled banknotes. The lawyer was flabbergasted but Pierre merely shrugged and proclaimed “I think you will find it all there”. He then beat a hasty retreat to the security of his vineyards.

This plot of Montrachet could not have been left in better hands. Pierre is maniacal in his devotion to his vines. He works from dawn to dusk in his vineyard unless he is working in his cellars. He is reputed to only sleep 4 hours a night and not to sleep at all during harvest time. He pruned every one of the 140,000 vines in his domaine by himself. One essential task is to “domesticate” the vine. If one leaves it to nature, the vines would become entangled with branches which exhaust its ability to bear fruit. It requires a loving and experienced vintner to shape and guide each vine to perfection. Pierre was the undisputed master at training vines. By the time he died in 1994 at the age of 88, his grandsons, Noel and Jean-Claude, have already assumed the reins and was continuing the tradition of Ramonet.

In April 2019, we had the pleasure of visiting Domaine Ramonet. It was a boisterous occasion because there was a group of customers visiting from the French Caribbean in addition to our group. Both groups became much larger than anticipated because each found themselves with many friends who did not want to forego the opportunity of visiting a legend. The tasting started late in the afternoon and Jean-Claude has obviously just spent a long hard day under the sun. Jean-Claude arrived in a sweat- and dirtstained T-shirt and baggy shorts. He was the embodiment of the image and spirit of his grandfather (save that he had the built of a rugby forward whereas his grandfather was slight in built).

It was a bit tense at the beginning because Jean-Claude was flustered when he found that he had more people than glasses and he had to scamper upstairs to fetch more. However, Anne-France, his beautiful and able daughter, was there to help and Jean-Claude quickly warmed to the occasion. Given our halting or non-existent French, Jean-Claude entertained the French contingent whereas Anne-France carried on with us in English. This tasting was one of the most fascinating (not to mention noisy) tasting that I have ever attended and it was still going strong after 2 hours.

We tasted almost the complete range of his wines from 2017 (a bountiful harvest yielding almost 120,000 bottles) save that the grand cru was from the 2016 vintage. We started with the Bouzeron (aligote), Bourgogne Blanc, the village Chassagne-Montrachet, Pernand-Vergelesses and Puligny-Montrachet, this was followed by the premier cru Les Charmois (Saint-Aubin), Les Enseigneres and Champs-Canet (Puligny-Montrachet), Les Chaumes, Les Boudriottes, Morgeot, Les Caillerets and Ruchottes (Chassagne-Montrachet). Then it was the precious trio of grand crus, Bienvenue Batard Montrachet, Batard Montrachet and Montrachet. The 2016 was particularly precious, not only because of its quality, but that the weather has conspired to decimate a substantial part of their crop. For example, the production of Montrachet was reduced from 900 to 300 bottles. If we didn’t have the fortune to taste it there, I doubt whether we would ever have a chance to taste it.

In a word, the wines were superb. The village wine was open and accessible but would still benefit from some bottle age. The premier crus had concentration and depth and in particular, Ruchottes lives up to its billing as being worthy of a grand cru (especially in the Ramonet bottle). The added bonus is that Ruchottes is attainable with a production of about 5,000 bottles and a premier cru price tag. As to the 3 Montrachets, I think Clive Coates summed it up best when he equated the whites of Ramonet to the reds of Henri Jayer or Domaine de la Romanee Conti and that “the beauty of the Ramonet wines is that they are totally individual : more Ramonet than Chassagne”.

A little tip – Ramonet’s Batard Montrachet is their most consistently successful wine and often said to be even better than the Montrachet. It is a fraction of the price and you can actually find it because there is about 2,400 bottles a year. 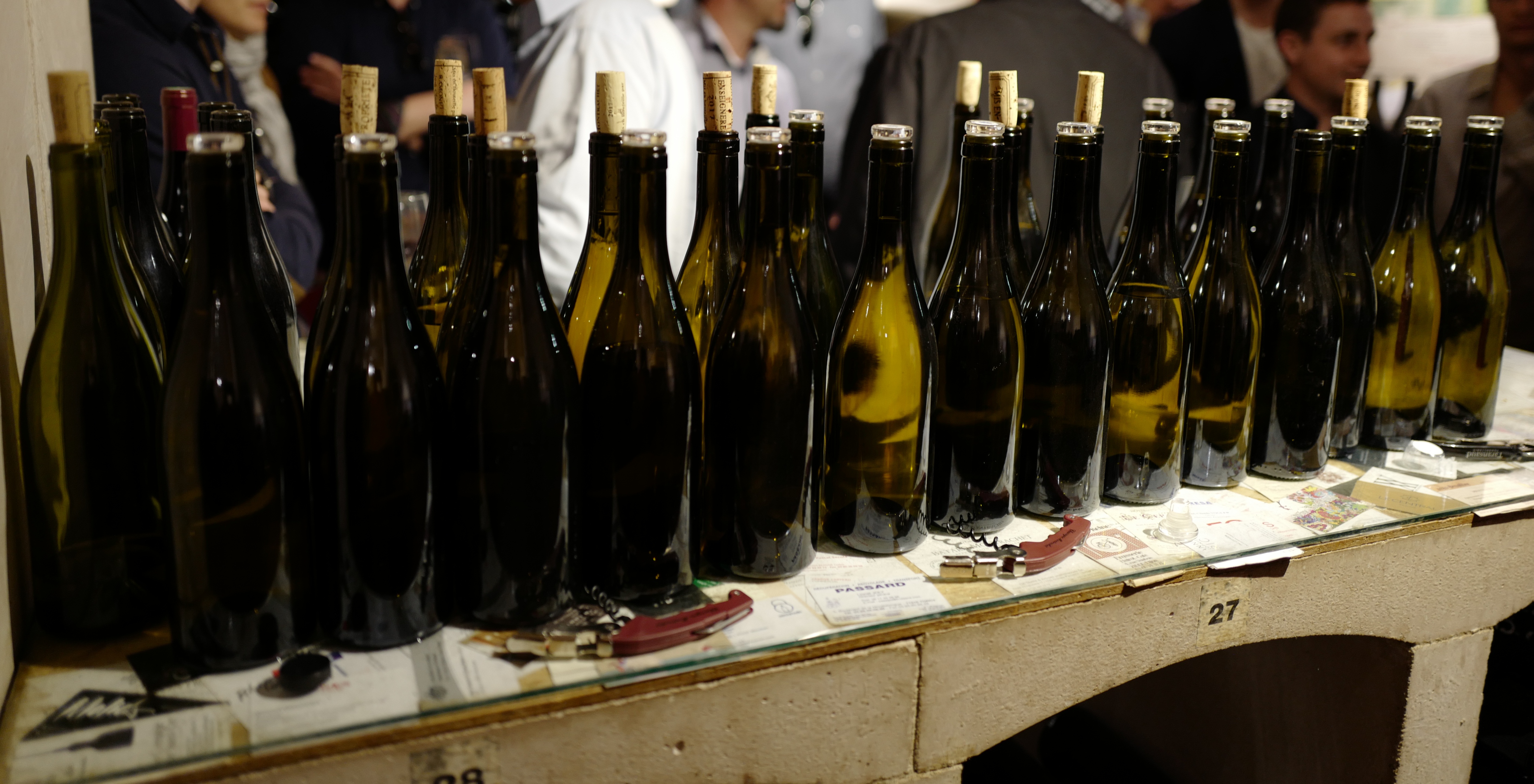