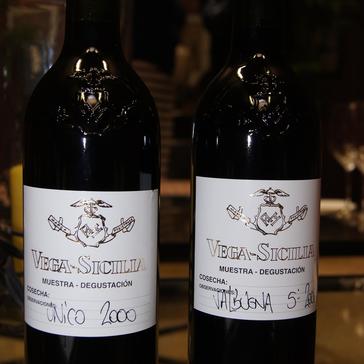 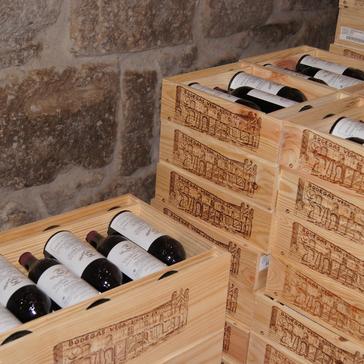 Nestled in the rolling hills about 200 kilometers north of Madrid is the home of Vega Sicilia, the undisputed champion of Spanish wine. Actually, hidden in plain view would be a better description. There is a major highway cutting through the vineyards but spotting the narrow access road branching off to the winery requires the eyes of an eagle. For the fortunate few who are cleared to continue after being stopped at the guardhouse, you would catch a glimpse of the past and the future. Standing side by side are buildings dating back over a hundred years and newly built facilities bearing the hallmarks of modern Spanish architecture. Yet, the blend of the old and new is perfectly harmonious, just like the blend that you would find in the wines of Vega Sicilia.

In 1864, Don Eloy Lecanda y Chaves returned to his native Spain from Bordeaux. The bounty that he returned with was the great French varietals, cabernet sauvignon, merlot and malbec, and the skills for making wines in the French style. In his pursuit of an extraordinary wine, he applied meticulous care and attention in the vineyard to ensure that the backbone of his wine, the native grape, Tempranillo, would shine. For complexity and depth, he formulated a blend with cabernet sauvignon, merlot and a dash of malbec. A legend was born! Today, with a continued parade of outstanding vintages, it is one of the most sought after wines in the world. Of all the accolades, the most resounding was being proclaimed “the Lafite of Spain” by Michael Broadbent, the renowned Master of Wine from England.

After a succession of owners, Vega Sicilia was acquired in 1982 by the Alvarez family. The vision and wealth of the new owners ensured that no expense was spared to maintain the tradition and greatness associated with Vega Sicilia. The most exacting practices were perpetuated including low yields, green harvesting and meticulous grape selection. If its flagship wine, Unico, is deemed not to be good enough in any given year, it would not be released. Therefore, there was no Unico in 1992, 1993, 1997 and 2001. If that is not enough to bring tears to their accountants (or bankers), Unico is not released until it has aged for at least 10 years in barrel and bottle (whereas Bordeaux wines are released less than 30 months after harvest). Just imagine, at any given time, there are almost 1,000,000 bottles of very expensive wine (the average annual production of Unico is less than 100,000 bottles) being stored in costly barrels and bottles just lying about in the winery and not earning a single penny. Given the cost of fine wine nowadays, Unico is a true value proposition.

This commitment to quality is immediately apparent when we were guided into the winemaking facility. This facility was just completed earlier this year and it was spacious, airy and immaculate. You can eat off the floor. The bulk of the equipment was in gleaming stainless steel. For the Valbeuna, a wine made from younger vines and only allowed to take a short nap of 5 years, there were double-walled steel vats (custom designed to allow consistent temperature control). For the Unico, there were 19 giant French oak vats with a capacity ranging from 8,000 to 10,000 litres. These oak vats are changed every 5 years and if you are wondering where they go afterwards, they are used to make the wooden presentation cases for magnums and double magnums of Unico. For collectors, how can you resist these large formats, not only are the labels for each vintage unique (graced by paintings from the collection of Alvarez), the wooden case is literally infused with the spirit of Vega Sicilia.

We then proceeded to visit their cooperage. Although Vega Sicilia buys all their French oak barrels, barrels in American oak are made in-house. The American oak is picked from the best woods in Kentucky and store for 3 years in the winery before use. After the modernity of the fermentation facilities, the cooperage was a visit to the past and a reminder that traditional craftsmanship is still alive and well. The whiff of vanilla from the toasting of the oak was unmistakable and refreshing.

Next up was a visit to the storage area for bottles. Given the amount of time that the wines are kept in bottle before release, one can easily imagine the size of these facilities. Bottles were literally stacked from floor to ceiling (except the ceiling is over 50 feet high). In a steel cage lies a cache of Reserva Especial in magnums. The Reserva Especial is the third wine made from this vineyard and comprises of a blend of 3 vintages. This is meant to showcase and be representative of the style of wine that the winery wishes to make. The current release of Reserva Especial is 15,000 bottles of a blend of 1991, 1994 and 1998. In keeping with tradition of Spanish winemakers bottling their top cuvees in frosted bottles, the Reserva Especial is bottled in this way. For those with keen eyes, magnums were not a typo. Vega Sicilia shall be releasing Reserva Especial in magnums for the first time in 2015.

The final stop was the cellars. Here lie the American barrels, the French barrels and more giant wooden vats. Going down a flight of stairs, we beheld a marvel of interior design. In the muted lighting, rows and rows of barrels laid under an undulating roof composed of narrow planks of oak. We were told that it was meant to achieve the effect of being inside an oak barrel. We were certainly very lucky to be one of the first visitors to this part of the cellar because it was just completed a month or two before our visit. The piece de resistance was a wall with the Vega Sicilia logo which completely retracts and allows us to exit into the sunshine. What a fascinating mix of the old and new!

All these talking about wine really created a thirst and we all retired to a sitting room where 2 open bottles beckoned invitingly. Waiting for us were bottles of 2000 Unico and 2006 Valbeuna. It has been open for an hour (we were told that it is not their custom to decant their wines and they prefer to let their wine develop in the glass). The Valbeuna was a blend of 80% tempranillo, 70% merlot and 3% malbec. The Unico was a blend of 80% tempranillo and 20% cabernet sauvignon. The Valbeuna had a deep garnet colour, there were ample richness and concentration, the oak influence was noticeable but not unwelcome. However, the tannins were a tad “aggressive” (borrowing the description of a fellow taster). The Unico was certainly a more refined and structured offering, there were good fruit and a lengthy finish. The potential for a classic is there but at this point, it is sort of like a young Marlon Brando, a dark brooding stud waiting to burst into superstardom.

To visit Vega Sicilia is to witness winemaking at its apogee. And to complement this indelible experience, we were guided by Ms Puri Mancebo, their export manager who is a walking compendium of all things Vega Sicilia (for which we are very grateful).